When we consider the process of designing structures, what we rely on to understand the design process is heavily based on the narrative illustrated by the architects. The analysis of architecture may seem like a formalist exercise. One that indulges in the practices of a practice to further evolve the […]

When we consider the process of designing structures, what we rely on to understand the design process is heavily based on the narrative illustrated by the architects. The analysis of architecture may seem like a formalist exercise. One that indulges in the practices of a practice to further evolve the discipline. Yet we continue to explore not only the aesthetics and ambience but projects based on technique and architectonic language. Indian practice SPASM Design Architects, run by Sangeeta Merchant and Sanjeev Panjabi, takes us on a journey that explores their architecture through type and typology. While one would be tempted to discuss a practice through a formulaic approach, it is one that will perhaps not apply in this case.

This is evident in the Indian architects’ response to STIR when asked about their process. “Each home is a beautifully unique story which begins with the site, the client, and the brief. What emerges is a bespoke answer like a fingerprint. That’s why no two SPASM homes look alike. There is always a search for the truth, the relevant response and a kind of peculiar flavour, whether it’s the material or the space, we search for what we call a, this feels right moment,” mentioned the duo.

A quick look at the Mumbai-based studio’s repertoire of residential architecture, one would be hard-pressed to find a ‘common’ look and aesthetic or even architectural method. The methodology of ideating and designing, however, does possess a common thread. The architects stated, “We understand all design as thought and ethos drove, we enjoy the silent way in which architecture goes about performing its role, we love to craft, we like the sense of wonder when ideas get realised.” Describing the studio as a ‘band’ and each project as a ‘song’, STIR engages in a conversation with the studio through a series of their residential architecture. A conversation steeped in design lexicon and methodology, the architecture still possesses a sense of poise, as one should expect in any composition.

Starting with the Mandvi House, a grid-locked structure bound by this townhouse style structure in the Kutch region of India. There were limits to the outward changes the home could incorporate, considering the stone architecture and stone facade of the building. This did not limit the design relationship between the interior and the exterior. An inward-looking space, the openings and fenestrations were carefully selected. Panjabi spoke on how they viewed the context saying, “Homes of erstwhile Mandvi were all built organically, sharing walls and leaning on each other. They were lined with very thin horse-cart lanes, and courtyards were the climatic solution for the homes’ breathing.” How does one take this context, and create an interior design that works in synchronicity with the architecture, the climate, and its immediate context? Merchant gave us an insight into this saying, “We played within the same milieu, and used our court to heighten the sense of light and passage of time. The remaining openings were intentional, all kept thin like gills only to breathe. There’s no view, except the beautiful Kutch sky, which we leveraged with a rooftop private mashrabiya style terrace.”

Moving from an architectural project that was bound by its existing architecture to an open plot with a far more open canvas. The House cast in Liquid Stone may sound like an exaggeration, however, it is true. The structure has an outward appearance akin to the basalt it sits on. This is on purpose and is constructed by mixing ground-up stone into the wall finishing. It is not painted nor is it a stone cladding but rather an element of concrete design that starts with the raw material itself. Both of these could potentially have the same visual effect but the investment is in creating a material language that is linked to aesthetics. Merchant narrated the moment the concept came, “I stood on site, in the pouring rain, and looked at the black wet basalt with some sprouting reeds and I knew the building had to be an extension of the rocky bluff.” Panjabi added, “It all began from there, sometimes stories are just waiting to be unravelled, such potent ideas help join the dots, and make the picture complete.” This is an interesting project in its architectural language and planning, which can be linked to this notion of integrating an idea or concept through a speck of ground stone.

The city of Alibaug is perhaps home to some of India’s most diverse and unique private residential homes. SPASM’s Brick Kiln home is certainly one of them. At first glance, the structure may seem to simply be a brink kiln. Merchant also reinforced the same saying, “Our inspiration was quite simple and derivative from the brick kilns one sees while driving in the Raigad district. The idea was to create a camouflage that blends and weaves into the existing landscape rather than standing out and proclaiming its presence. A sense of quiet luxury that is timeless and endearing.” While this guides the main approach and front facade of the home, the backyard of the home opens up into the landscape. Panjabi said, “Alibaug has a hardy, frugal, farm landscape. We wanted the heavy mass of derelict kilns, which is so specific to the visual landscape here, to be the image of the home, a kind of sly trick to insert a home, without causing any ripple.” The home is a unique play on the idea of brick architecture.


Parikrama House in Murud is perhaps best described in the architect’s own words. “Parikrama is a project very dear to us. It is a case study home, therefore what emerged was a carte blanche of architectural solutions, a renewal of sorts. The walls are tilt-up stone panels which are eleven feet tall without the use of brick, mortar, and plaster to hold them in place, the structural members were metal columns and trusses used for their precision. The large glazing systems glide seamlessly into a cavity created by these double stone slabs to disappear on the flick of a switch.” A wall that has no brick or mortar holding it together still stands and is an example of the importance of having a basic understanding of material capabilities and structure. While the private residence is a case study in structure, it still has a poetic inspiration, Merchant added, “When all else would die and rot away, the stones will still stand. Architecture is about ageing and rebirth.”

On the outskirts of Ahmedabad is Diya. A cacophony of materials that are carefully layered, the architectural skins are equal parts functional as they are experiential. Panjabi explained, “The Corten box is an attempt to protect the inner shell from the searing heat of Ahmedabad, a ventilated facade. The jaalis make a reference to Sarkhej Rauza, and the sliding screens allow further control. This box sits lightly on rammed earth walls, which have a high thermal mass, and helps keep the inside spaces cool. Every tree that existed, has been retained and celebrated. Tactile, materials, textural presences and patina of age, this makes the home real.” The mixed materiality is also an interesting study in facade design, and the overlapping layers offer numerous degrees of exterior and interior facades to work with.


Sitting on the top of highland is SPASM’s Soaring Rock. The building on a surface view seems to be anchored by this rock sitting in the corner of the building. Taking a whimsical approach, Merchant stated, “The building is like a cruiser floating over the hill, guided by the rock at the helm.” She continued, “This was a dramatic site on a highland, looking down on a silver surface of a local reservoir and the farmlands around. There is a palpable sense of liberation when one reaches the top, the ‘rock’ is about that feeling, a kind of suspended animation, a state of bliss.”


The brief glimpse into the studio’s projects offers an understanding of the process, that goes beyond geographic narratives. This analysis does not cover all of SPASM’s residential design projects such as or the Black Bastion House would come to mind. Nor does it encapsulate the oeuvre which is not limited to residential design, Sanskriti Vihara building at the KJ Somaiya Educational Trust Campus is a testament to that. However, the studio’s process of working with a specific programmatic type also highlights a very important distinction between style and method. An architectural style would be easy to identify but perhaps limited to a surface discussion. A method might require a deeper investigation. 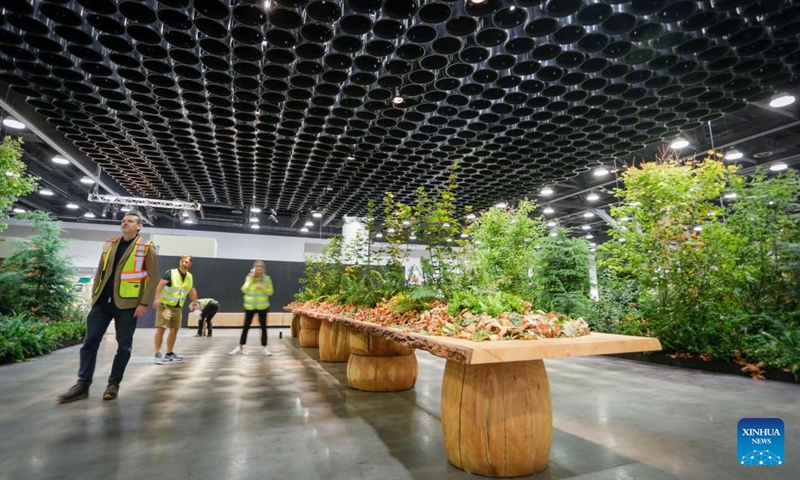