On September 9, 2022, the Beijing IP Court announced it had ruled in favor of Christian Louboutin against Guangdong Wanlima Industrial Co., Ltd. (广东万里马实业股份有限公司) in an unfair competition case involving red soled shoes. Louboutin was awarded 5 million RMB and an injunction. Louboutin sued at the Beijing Intellectual Property Court claiming Wanlima was selling women’s shoes with the same red sole online and in department stores thereby violating the Anti-Unfair Competition Law.  Anti-Unfair Competition suits are becoming a valuable enforcement method for foreign companies to enforce IP rights in China when trademarks are unavailable such as in the earlier New Balance/Barlun case. Christian Louboutin  is a French fashion designer whose high-end stiletto footwear incorporates shiny, red-lacquered soles that have become his signature and his company has been sold the red-soled shoes since 1992. Louboutin  argued that his ladies’ high-heeled shoes with red soles are well-known in China and around the world, and are well known to the relevant public.  The red sole decoration of Louboutin  has a high significance, which is a unique design of ladies’ high-heeled shoes, and has established a unique and stable corresponding relationship with Louboutin’s company, which constitutes a certain influential product decoration.

Louboutin contented that Wanlima sold red-soled shoes at the Wanlima counter of the New World Department Store, online on the official flagship store of Tmall Wanlima footwear and at the Beijing Yixi New World Department Store Co.  The behavior of the defendants has the malicious intention of freeriding off of the plaintiff’s reputation thereby violating Article 6(1) of the Anti-Unfair Competition Law.

The Beijing IP Court explained that

Louboutin’s Company submitted relevant evidence to show that it has actually sold footwear products in mainland China since 2011, with a sales volume of more than 900 million RMB.  The shoe sales and the advertising and media includes many well-known outlets across the country, covering many parts of the country. Based on the above evidence, it is sufficient to prove that its red sole shoe and red sole decoration have a high market reputation, have established stable connections with the relevant public, and have the distinctive feature of distinguishing the source of the goods. Therefore, Christie’s “red-soled shoes” trade name and the decoration with red sole color are the trade names and decoration marks with “certain influence” as referred to in Article 6(1) of the Anti-Unfair Competition Law. Wanlima Company used the same or similar trade names and red sole decoration of “Red Sole Shoes” which had certain influence with Louboutin’s Company without authorization, which was enough to cause misunderstanding that it had some specific connection with Louboutin’s Company, and its behavior violated the provisions of Article 6(1) of the Anti-Unfair Competition Law, which constitutes unfair competition.

Accordingly, the Beijing IP Court issued an injunction and awarded 5 million RMB in damages and 445 thousand RMB for expenditures in pursuing the case.

The full announcement is available here (Chinese only).

Wed Sep 14 , 2022
The Milwaukee Public Museum has unveiled renderings for its planned, $240 million new museum building and campus slated to be constructed on a 2.4-acre site at the corner of 6th Street and McKinley Avenue in the Haymarket neighborhood near downtown Milwaukee. (Ennead Architects/Kahler Slater) Nearly two months after unveiling its […] 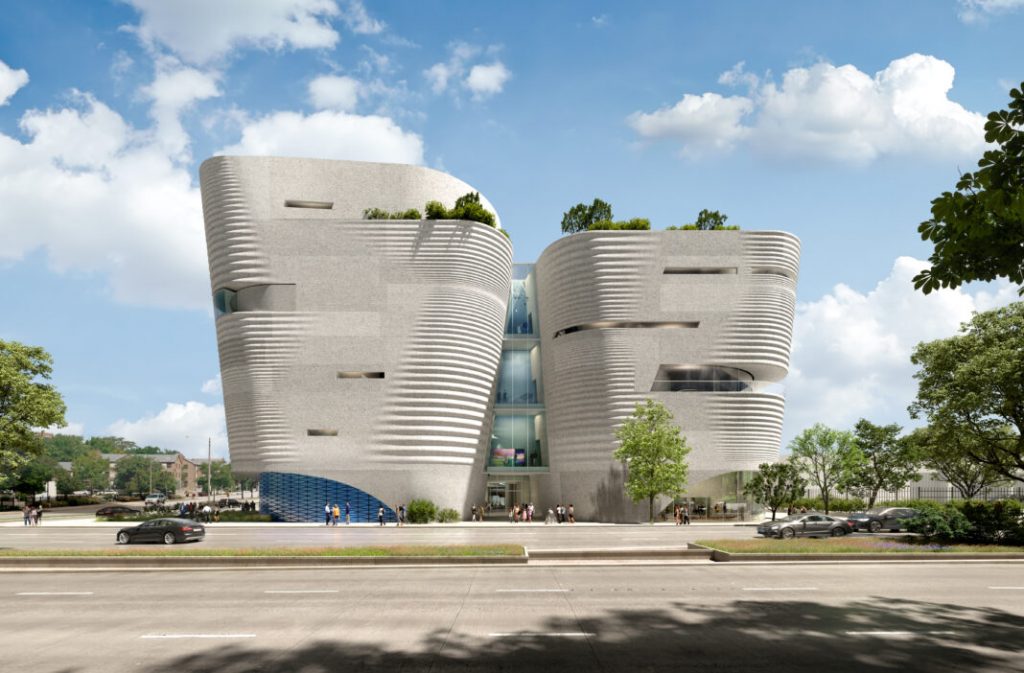