It was the porches that ultimately sold Alice Callahan Thompson on her family’s Birmingham, Alabama, home. They weren’t particularly palatial and they didn’t come with a fancy swing—it was simply the idea of sitting on them that she liked. After living in New York City for close to two decades, […]

It was the porches that ultimately sold Alice Callahan Thompson on her family’s Birmingham, Alabama, home. They weren’t particularly palatial and they didn’t come with a fancy swing—it was simply the idea of sitting on them that she liked. After living in New York City for close to two decades, the actor, model, and advocate and her husband, Kyser, president of marketing consultancy Now What, had grown accustomed to lounging on a stoop as they indulged in one of their favorite pastimes: people watching. Thankfully, the tradition continues from the screened-in space out back in their Birmingham home. Alice can watch her two eldest, Timothy (7) and Rosemary (5), playing in the yard as Kyser smokes meat on the grill, while the front veranda is the best spot to catch runners and cyclists jetting by. “It’s not the same, but at least I’m still seeing people,” she says.

After realizing that many of their friends wouldn’t be returning to Greenpoint, Brooklyn, post-pandemic, the couple made the choice to put down roots in Alice’s home state. Interior designers Anna Still and Marguerite Johnson, who run the firm Still Johnson Interiors, not only helped make their new-build house (it was constructed in 2020) a home, but unintentionally served as life coaches of sorts for Alice, who was very pregnant with her youngest, Billy, at the time of the project. “I had insomnia, and I would wake up for hours. There were some stream-of-consciousness texts in the middle of the night. I was like, ‘You should probably bill me for all these therapy hours,’” she says with a laugh.

The house’s charcoal stained siding and aging cedar accents set the tone for Johnson and Still’s work inside: They wanted the interior to exude a sense of drama, too. “The biggest thing on our list to address was to tone down the newness of the house,” says Still. Many of the walls that had been previously painted a jewel tone were recoated with a black shade that was color matched to the home’s facade. Bringing in locally made oak and walnut furniture introduced a little more soul and meant they didn’t have to put up with any excessive delays. The designers also splurged on Belgian linen drapery, which, as a rule, they mount 2 inches below the ceiling so it draws the eye upward, making the space feel larger. “You can do less in a room if your window treatments are successful,” notes Johnson. “The room instantly feels put-together.”

After saying so long to the living room’s emerald green walls, the designers further de-glitzed the space by replacing the old glossy black marble fireplace surround with Indiana limestone and opting for modern fireballs over logs. The nearby coffee table is a family heirloom (Alice’s grandparents bought it in the 1970s), though it required one practical modification: The square glass top needed to be rounded out. “As a kid, I was always warned about not cracking my head on the corners,” says Alice. “I didn’t want to constantly have that same conversation with my kids.”

Alice and Kyser did have to have one important talk with Rosemary and Timothy when they moved into the 3,800-square-foot home: The two of them wouldn’t be in a bunk bed anymore. “My daughter didn’t want to have her own room at first,” says Alice. “They were so used to sharing.” But like with any change, in time you become used to your new normal—and this family of five is enjoying the luxury of spreading out. “Our garage is already full of junk. I’m like, how did I do that?” she says, laughing.

Subtle nods to their former New York life can be found peppered about the house. In Timothy’s dusty blue bedroom, it’s as simple as a blown-up photograph of a skateboarder with the city skyline in the background. (When he and Alice stepped out of the apartment during their homeschooling days, they’d walk to the skate park so he could learn tricks from the local teenagers.) Of course, the best reminders of their past life come in the form of people. The couple’s 25-year-old foster son still lives up north but visits them in Alabama regularly, plus Alice has had some serendipitous run-ins with old work connections. “The other day I walked across the street and ran into a good friend of mine from Dumbo who is a director—he was shooting a commercial at a neighbor’s house,” she says. The coincidence sparks the question: Could Birmingham be the next Greenpoint?  “We might not have amazing bagels, but we do have amazing biscuits,” says Alice. “I’ll take what I can get.”

The introduction of this article included insensitive wording surrounding the Black Lives Matter movement, which we removed on August 25, 2022.

Why Are We Yearning for ’70s Decor Again? | Architectural Digest

Mon Aug 29 , 2022
It can’t be a coincidence: rising interest rates, worries about inflation and the price of gas, and the triumphant return of the disco ball and the blob sofa all in the same year? Could it be that midcentury-modern style has decided to take a much-needed rest? Avant-garde Italian furniture from […] 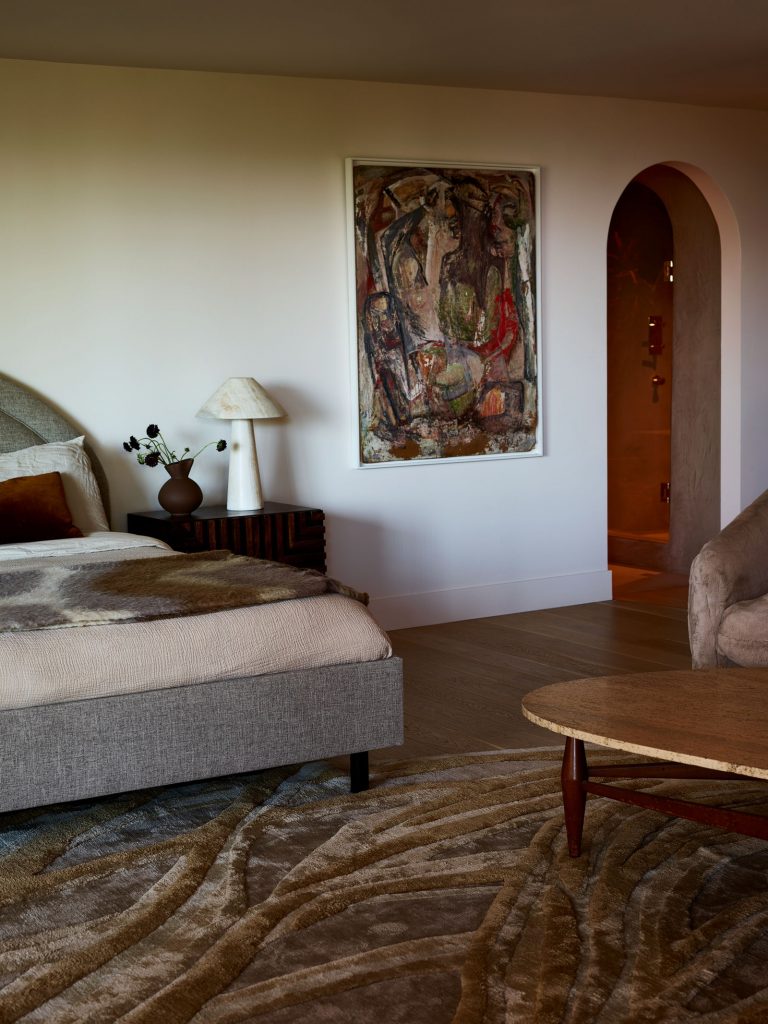