Lincoln’s latest concept car is both a nod to the luxury brand’s past and a preview of its electric, technologically-advanced future. Ford Motor Co.’s luxury division on Thursday debuted the Lincoln Model L100 Concept at Pebble Beach Concours d’Elegance in California, where Lincoln is the featured marque as part of the brand’s […]

Lincoln’s latest concept car is both a nod to the luxury brand’s past and a preview of its electric, technologically-advanced future. 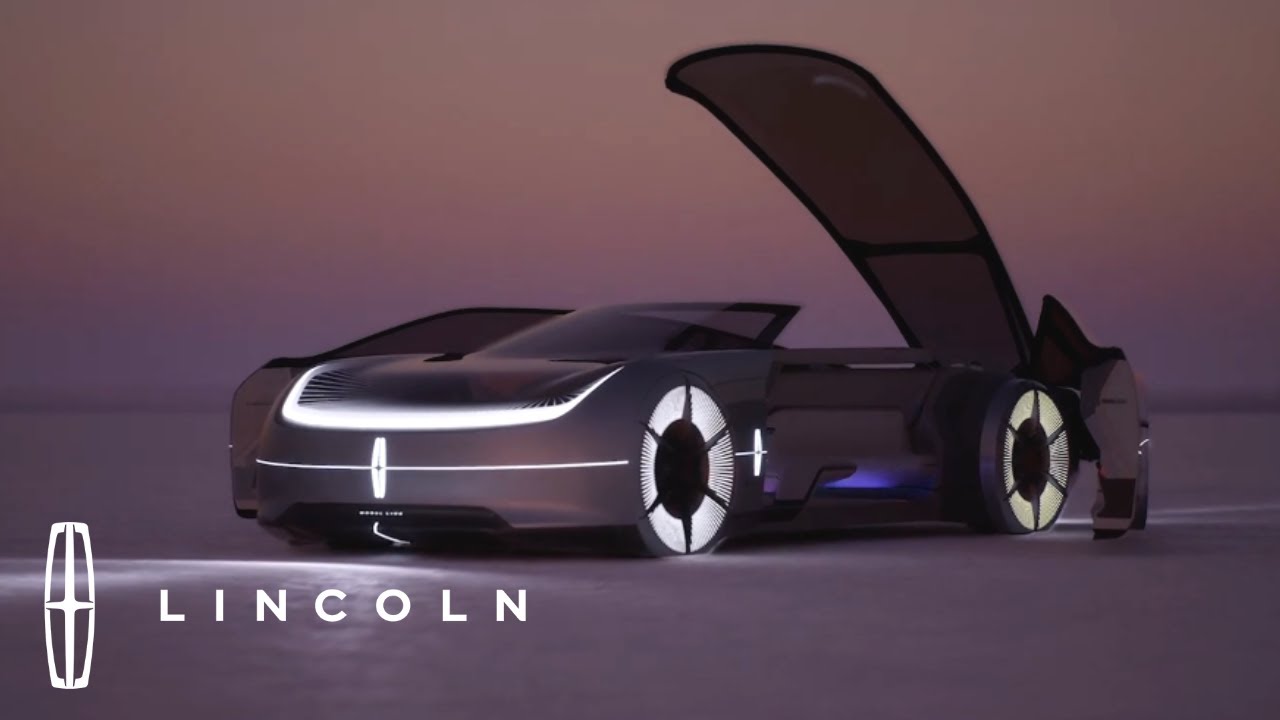 The Model L100 — the name of which is a nod to the 1922 Lincoln Model L — is the second concept car the brand has debuted this year. Lincoln in April revealed the all-electric Star Concept vehicle. The Model L100, designers said in an interview, is a step forward from what the Star Concept represents.

It’s envisioned as a battery-electric, autonomous vehicle featuring a sleek, aerodynamic exterior and a roomy, luxurious cabin that marks a departure from a traditional interior. The vehicle is one of Lincoln’s longest and widest designs, and sits low to the ground.

Inside, the vehicle features an interactive center console “chessboard” with a jewel-inspired “chess piece” controller that replaces the traditional steering wheel — a design enabled by it being an autonomous vehicle.

The Model L100 Concept includes driver-centric as well as social seating configurations. To create social seating, the passengers can flip the front-row seats forward so they’re sitting across from the rear passengers.

The interior was designed to be an “immersive environment,” according to Lincoln, with a digital floor, canopy and ambient lightning. While leaning into digital connectivity and software-enabled experiences, designers said the interior also is meant to provide something of a digital detox, free of unnecessary buttons and keeping in line with the Lincoln brand’s vision of its vehicles as “sanctuaries.”

The vehicle — whose exterior features metallic paint and frosted acrylic — has a glass roof and reverse-hinged doors. Smart wheel covers use lighting and sensors to provide information on motion, battery life and human presence.

The vehicle senses passengers approaching, activating a “light symphony” that follows them around the vehicle, using an artificial intelligence system and GPS sensors.

“The lighting was a very, very important thing,” said Kemal Curic, Lincoln’s design director. “Because in the past, Lincoln was all about the large chrome … grilles. Now we’re really playing up the light.”

The concept, designers said, hearkens back to an era when travel was a special occasion in and of itself — but also incorporates modern technologies that allowed them to play with what the interior experience could be.

“If you go from the ’20s all the way to the mid ’60s, we were the quintessential American luxury brand,” said Xitij Mistry, Lincoln exterior design manager. “And this is sort of trying to regain some of that mantle that we used to have. And I think that’s reflected in the way this car is so expansive, like those romantic cars of the past.”

The brand has said it will have three new electric models by 2025, by which time it expects half of its global volume to be EVs. Lincoln does not currently have any battery-electric vehicles on the market.

Though the Model L100 is a concept car, not for mass production, Curic said the project will influence the development of production vehicles “quite a lot.”

“We love some of the ideas, particularly on the lightning, on the actual identity, some of the tech,” he said.

“Concept vehicles allow us to reimagine and illustrate how new experiences can come to life with the help of advanced technologies and allow our designers more creative freedom than ever before,” Anthony Lo, Ford’s chief design officer, said in a statement. “With the Model L100, we were able to push the boundaries in ways that evolve our Quiet Flight brand DNA and change the way we think about Lincoln designs of tomorrow.”

Lincoln President Joy Falotico said in a statement that the Model L100 is a way to “reimagine what the Lincoln sanctuary might look like for our clients of tomorrow.”

“Lincoln has been one of the most enduring and stylish automotive brands in the world and in many ways, it is perfectly positioned for a second century defined by great design, zero-emissions and technology-led experiences,” Ford Executive Chair Bill Ford said in a statement. “Lincoln has always been special to me and my family, especially my father and my grandfather. If there is one secret to Lincoln’s longevity, it is the brand’s ability to balance its core values with a desire to innovate and create the future.”

Purple bedroom ideas: 10 ways to use this on-trend shade

Sun Aug 21 , 2022
Purple bedroom ideas are often overlooked, but they can be wonderfully versatile and stylish. With shades that range from subtle lilac, lavender and dusky mauve, to royal purple, and rich eggplant, decorating with purple is a wonderful way to create all sorts of interior looks. Whether you’re after a quiet […]