Nearly two months after unveiling its design for the exterior for its planned $240 million new museum building, the Milwaukee Public Museum is hoping to hear from the community about they would like to see within the rock-like walls of the structure.

With its exhibit design partners at Thinc Design the museum officials have launched a survey to gather community feedback on exhibit designs at the future building. Questions will request input on various exhibit topics and themes, preferred events, and opportunities to engage, and insight into what visitors find most valuable in a museum experience, according to a press release.

“The input of visitors and community members has been a key component through the first phases of the future museum design process, with focus groups and thousands of individuals providing their input and guidance,” Katie Sanders, MPM’s chief planning officer said in the release. “For this next phase of design, we are seeking even more input from people all around Wisconsin. The results of this survey will influence how we bring ideas to life as we enter the next phase of our design process — focused on the interior of the building and its exhibits.”

The survey is now open to the public and will capture feedback through Friday, Oct. 14. It can be accessed at www.mpm.edu/future-museum-survey.

Once gathered, the public input will be incorporated into the design concepts staff at Thinc Design are creating for the exhibit floors of the museum, which will sit on a 2.4-acre site northeast of 6th Street and McKinley Avenue in the Haymarket neighborhood near downtown Milwaukee.

MPM unveiled renderings for its planned new museum building and campus in early August. Designed by New York City-based Ennead Architects and Milwaukee architecture firm Kahler Slater, the 200,000-square-foot building is designed to be reminiscent of the ancient geological formations in Mill Bluff State Park near Tomah and will appear on the outside as if it actually three separate wind-swept structures or “lobes.”

The public phase of fundraising efforts for the future museum kicked off in July 2022 after MPM had already raised nearly $110 million toward its creation.

Groundbreaking is slated for late 2023, with Mortenson and ALLCON overseeing construction, and the new museum is expected to open in 2026. The Milwaukee Public Museum’s current home will remain open until the new space is finished.

Thu Sep 15 , 2022
Invest in comfortable, durable seating Whether you’re buying new outdoor furniture or upholstery fabric to do it yourself, consider how you live. If your patio is exposed to intense sun, consider a fade-resistant material. If you have pets, invest in an easy-to-clean, stain-resistant fabric like vinyl coated polyester mesh. Hughes suggests mesh […] 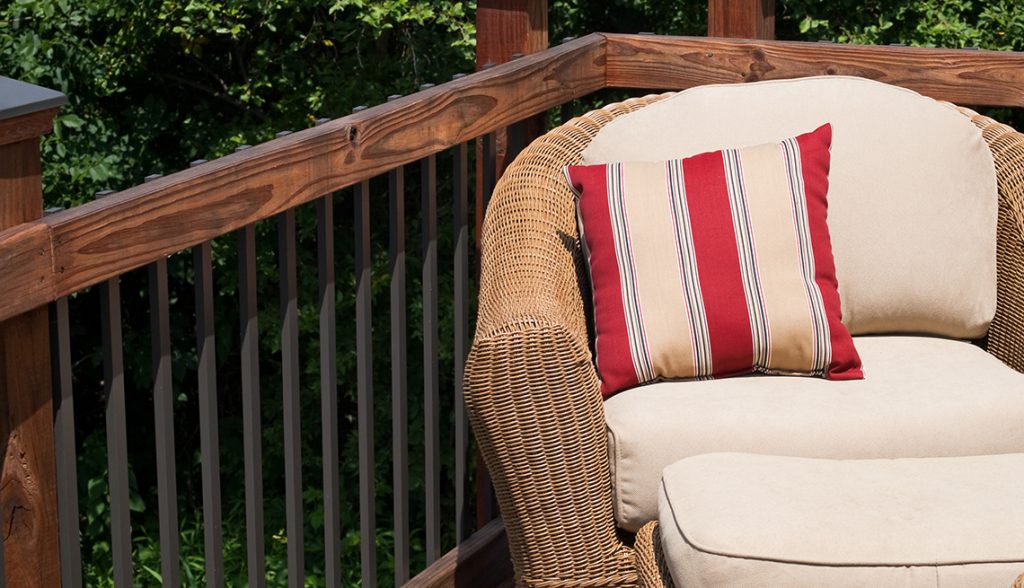